Price Of Evolution : Cruel Human and their Poor Heart 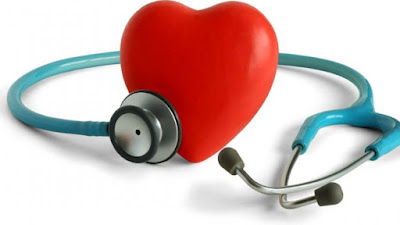 Heart is a pumping organ which pumps an amount of blood equal to 40 drums per day in almost 1000 km of arteries. Human started standing upright 7 million year ago, so heart has to do extra work to send blood against gravity..Heart always sacrifices to send blood in fetus and stands above the brain, even when it is not able to do so. Brain grows 3 times in evolution and heart sends it blood.
Evolution: it is said that human heart was evaluated 300 million year ago, as human was developed from reptiles. If compared heart of an Elegater, a reptile is spongy & without vessels. Mammals’ heart is stronger and has vessels. 1st heart having vessels was developed in Adelobasileus, who got a good heart to escape from hunters, as he continuously needed energy much blood supply while running.
Myocardial Infarction: Death of cardiac muscles due to blockage of heart vessels.
Causes: Its Causes are much more related to food e.g. excessive use of salt, alcohol, sugar, cigarette & meat but here cholesterol is described with detail. Cholesterol is big cause. Weak Heart due to lack of nutrition in pregnant women is also its cause as we know that the heart muscles only divide before birth so example are heart patients who were born in era of World War 2 When Germany blocked the food supply of Holland, had much cases of MI.
Cholesterol that struck in blood vessels and causes MI is also present in much more quantity in Chimpanzee, but it doesn’t cause MI. Then why it happens in human?
It is due to NGC, which are green irritating particles; already present in Chimpenzee, while humans ingest it as a foreign particle through food. So it causes inflammation after irritation in blood vessels when it is captured by body’s immunity cells. It was well part of body in human ancestors. But with the development of brain, the NGC was eliminated as it was a hurdle in evaluation. It was ruled out from body 2.7 million years ago. Now it enters human body through meat and cause inflammation which later on becomes a site of cholesterol attachment in vessels. Meat usage has increased to 45 kg/person/year in 2010 from 25 kg/person/year in 1960. Spicy foods are a choice of brain & Heart pays its price.
Treatment;
Prevention is better than cure so avoid spicy foods
Do exercise as it reduces risk of heart attack 30%
Your Heart cares you a lot, care it too. Your Heart loves You A lot, You Love it too. Save your heart from Disease as well as from Your Girlfriends