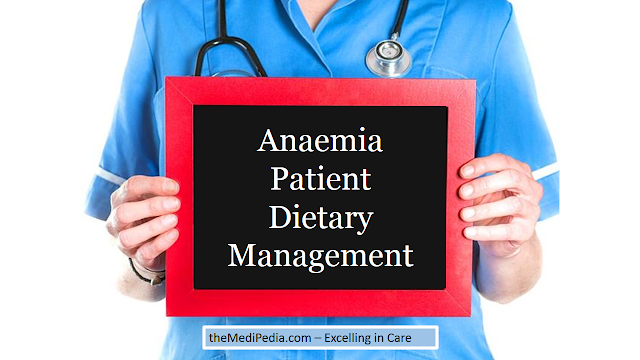 Anemia is a common issue that many people face today due to a lack of nutrition in our food.Deficiency in iron, folate or vitamin B12. This can happen if you don’t eat enough in general, you eat a restrictive diet, or sometimes if you’re a vegetarian/vegan who avoids animal products (since animal products are good sources of iron and B vitamins). Your body needs adequate iron, vitamin B12, folate and other nutrients from the foods you eat in order to produce healthy amounts of hemoglobin and red blood cells. If your body can’t process B-12 properly, you may develop pernicious anemia.

Anyone can develop iron-deficiency anemia, although the following groups have a higher risk:

Not eating foods with enough iron is sometimes the cause of iron deficiency anemia. The main role of iron is to carry oxygen around the body. It is a major component of a chemical called hemoglobin that carries oxygen from the lungs to all parts of the body. Iron is stored mainly in our liver and muscles.

The daily value of iron you need depends on several factors, including age and sex. Too much iron can be toxic, so it’s still important to follow the necessary daily values when switching to an iron-rich diet.

To prevent iron deficiency anemia in infants, feed your baby breast milk or iron-fortified formula for the first year. Cow's milk isn't a good source of iron for babies and isn't recommended for infants under 1 year. After age 6 months, start feeding your baby iron-fortified cereals or pureed meats at least twice a day to boost iron intake. After one year, be sure children don't drink more than 20 ounces (591 milliliters) of milk a day. Too much milk often takes the place of other foods, including those that are rich in iron.

Good sources of vitamin B12 include:
If you're a vegetarian or vegan, or are looking for alternatives to meat and dairy products, there are other foods that contain vitamin B12, such as yeast extract (including Marmite), as well as some fortified breakfast cereals and soy products.If these foods are not consumed in adequate amounts, the Vegan Society recommends a vitamin B12 supplement of 10 micrograms per day.

The Institute of Medicine's Food and Nutrition Board recommends that

Folate-deficiency anemia is a decrease in red blood cells (anemia) due to a lack of folate. Folate is a type of B vitamin. It is also called folic acid.A person who lacks folic acid may experience intestinal problems as well as the usual symptoms of anemia.Folate is especially important for fetal development. It plays a crucial role in the formation of a developing child’s brain and spinal cord. Folate deficiency can lead to severe birth defects, growth problems, or anemia.

You can find folate in foods, including:

Folate is naturally found in food, and folic acid is the form of folate that is used in multivitamins, supplements, and fortified foods. The current daily intake recommendations for folate and folic acid are 400 mcg per day for adults. The maximum amount of folic acid that you should consume each day is set at 1,000 mcg, according to Oregon State University. Therefore, you should get the majority of your daily intake from folate-containing foods and limit your folic acid supplementation to a standard multivitamin. The Harvard School of Public Health states that a standard multivitamin contains around 400 mcg of folic acid.

The first five days of a special diet for anemic patients should be devoted exclusively to fresh fruits. During this period, all three meals should consist of fresh fruits taken at five-hourly intervals.
After this, a diet of fresh fruits and milk should be followed for the next fifteen days. The only difference during this period is the addition of milk to each meal of fruit, starting with 2 pints of milk every day and moving up to four or five pints every day in ½ pint increments. Thereafter, a well-balanced diet consisting of fruits, vegetables, whole grains, seeds, and nuts can be followed.
Other measures that should be adopted include:

Bad Food for Anemia to Avoid:

In short, these are the best dietary management for the recovery of anemic patients.