The Hidden Secret In Common Vitamin To Kill Cancer 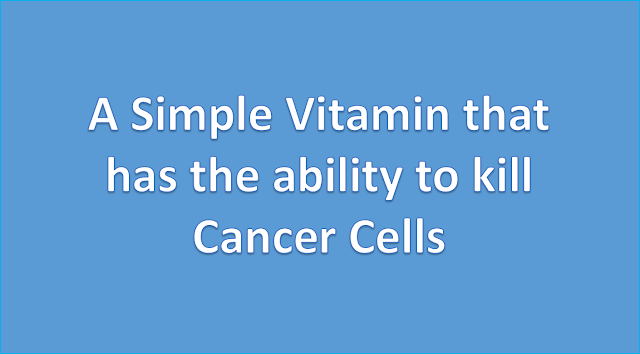 Cancer is one of the biggest killing machines of the present time. And the number of cases of cancer are on the steps to rise. Which is the second leading cause of death worldwide? Although there are various methods available for the treatment. Despite all that, they do have side effects which might affect one way or another. In most of the cases, the conventional treatments don't work.
Scientists are looking for the new and non-toxic ways. So different experiments were performed in order to test different natural occurring things and it was found that there is a vitamin which can be a breakthrough in cancer treatment.
The Vitamin was C

The first hypothesis that vitamin C has a clinical benefit and can be used for cancer treatment was first proposed by Linus Pauling and a surgeon Ewan Cameron. This all was happening between the 1970s and 1980s. This hypothesis leads to different experiments.
Most recent studies have suggested that vitamin C if provided in large doses, along with conventional treatment, has shown promising results.
One those patient showed slow progression of the disease. Second, it helped in the reduction of the effects of chemotherapy. The vitamin C is given in large amount because of its half live in the human body which is only 2 hours. That is the reason it is given in large dose so it must not deplete in the body.

The research was carried by scientists at the University of Iowa in Iowa City, and the results were published in the journal Cancer Cell.
The trials were carried on the 11 patients with brain cancer. This experiment was carried out for 9 months. For first 2 months, the patients were given the Vitamin C through intravenous infusions for three weeks and were administer. For next 7 months, the patients were given the vitamin C in high doses for two weeks. This all was done to maintain the Vitamin C level at 2000 micromoles whereas the normal level is 70 micromoles.
Very few side effects where notice such as dry mouth and the high blood pressure for a brief period of time.
Results of this trial showed that there were fewer side effects than conventional treatments. And it also proved to be effective to as it increased the survival rate. The survival rate increased up to 4 to 6 months then conventional treatment.

No one knows such a common vitamin can help humans in solving the greatest problem of all time unless the theory was proposed and experiments were carried out.
This shows never lose hope and try harder ultimately you will find the answers you are looking for.