Legalization Of Marijuana : Why Marijuana Should be Legalized? 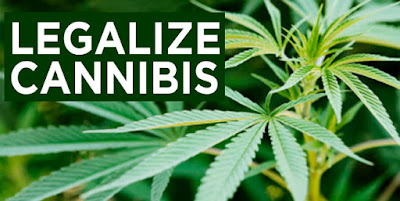 The legalization of marijuana is a controversial issue all over the world. Peoples are confused about its uses. It is not always easy to research on its health effects and to answer the people about its effects on their health when they use it as a drug. We know that marijuana has also its good effects when it is used as a chemical agent in some medicines. But here we have to discuss the legalization of marijuana. In a survey that was conducted in America in 2014, 43% people were in favor of the legality of marijuana and according to 65% people, it would be legalized in next 10 years.

The discussion about marijuana as a harmful drug has been dominant for a long period that a large number of people had trouble to accept its demonstrated medicinal effects. The opinion of people on the legalization of marijuana has dramatically shifted in last two decades. This year some states passed a law permitting epilepsy patients to use strains of marijuana high in CBD. We list Epilepsy, along with pain from AIDS and nausea from chemotherapy as afflictions that marijuana has been shown to alleviate. One could add glaucoma, Crohn’s disease and muscle spasms related to multiple sclerosis, and a host of other conditions to that marijuana has effectively treated. Medicinal uses of Marijuana

Marijuana is less harmful than alcohol or tobacco

It is less addictive than alcohol or tobacco and is more favorably compares to other drugs on nearly every health metric. There is an honest debate among scientists about the side effects of marijuana but dependence and addiction of marijuana are minor problems as compared to alcohols and tobacco. Evidence shows that moderate use of cannabis does not pose risk for otherwise healthy adults. Side effects of cannabis are usually euphoric and mild, while alcohol changes it’s addicted into barroom brawlers, domestic abusers or maniacs behind the wheel. Further marijuana is not directly linked with serious diseases like tobacco with cancer and alcohol with cirrhoses. On the other hand, cannabis doesn’t affect the lungs more than tobacco and alcohol.

The benefits of criminalization are minuscule to nonexistent

The prohibition of marijuana is quite expensive. A fair analysis of criminalization must also consider its benefits. According to a survey in 2012, approximately 30,000 people were arrested in New York for having marijuana. 90% of the arrested people had no subsequent felony convictions. Only 3.1% committed a violent offense. If the government wanted to find a good “minor offense” correlate for violent, dangerous crimes, cannabis use doesn’t make a lot of sense. Even taking it in high quantity doesn’t inspire one for violence, and there is no real case to be made that smoking marijuana causes one to go on to worse crimes.

The harmful effects of prohibition run from wasted resources to ruined lives. Our police spend thousands of hours to arrest, book and imprisoning marijuana smokers. These arrests take police away from more urgent issues. The hundreds of thousands of people who are arrested each year but do not go to jail also suffer; their arrests stay on their records for years, crippling their prospects for jobs, loans, housing, and benefits. With persistent unemployment and underemployment, and many parts of the country experiencing a housing crunch, a single marijuana arrest can have dire consequences.

Legalization of Marijuana won’t lead to increased use