Never Use Ginger If You Have Any Of These Health Conditions 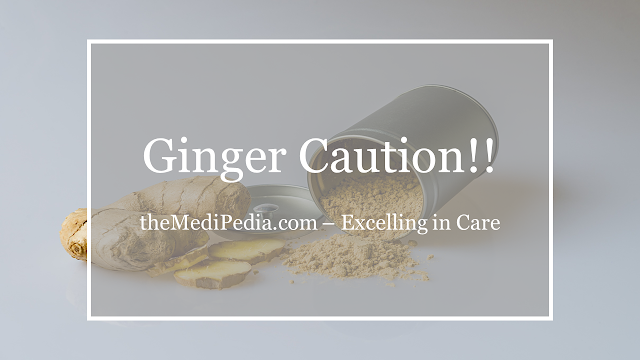 Ginger is a flowering plant that originated from china. It is widely used as a spice or folk medicine. It’s also supposed to hold medicinal health benefits so it’s supposed to be good for to eat. Ginger has many health benefits but it can be dangerous to some people.If you have any of these health conditions, you need to stop using ginger right away.

The natural stimulants in ginger are very powerful, they can lead to pregnant women having induced contractions, which can also lead to preterm labors. Ginger is useful for settling the stomach, and can be useful for curing morning sickness in early stages of pregnancy, but should be avoided in later stages of pregnancy.
Ginger also interferes with the absorption of fat-soluble vitamins and dietary iron, which is less than ideal if you are pregnant.

Ginger is good for those people who struggle with obesity and overweight because it reduces appetite and melts fat. But, peoples who need to weight gain should most certainly avoid it, as well as any other ginger based supplements because being underweight and induce poor muscle mass, hair loss, menstrual irregularities and vitamin deficiency. It works as a weight loss tool as it increases the pH of the stomach and stimulates digestive enzymes for its high fiber content.

peoples who is suffer from gallstones could see their condition worsen if they use ginger.Ginger naturally stimulates the gallbladder into producing more bile, This could then increase the occurrence of gallstone blockages, which itself can cause extremely serious illness and may lead to an emergency situation.

Ginger may be beneficial for treating hypertension, it also has some side effects.Ginger may lower blood sugar and blood pressure, so speak with your doctor if you’re taking medication for diabetes or high blood pressure.

Ginger is known to have similar effects like aspirin. It can increase the blood flow while preventing of blood clotting and can cause the thinning of blood, especially if you have a bleeding disorder or are taking any medications that slow blood clotting.

Fresh ginger may cause intestinal blockage, and individuals who have ulcers, inflammatory bowel disease or blocked intestines may react badly to large quantities of fresh ginger.

Consult your doctor before eating fresh ginger or drinking ginger tea if you’re on any medication. since it interacts with certain drugs. It should also not be used by patients who take anticoagulant, barbiturates, beta blocker, insulin medications or those who are on antiplatelet therapy. It can affect the medications these people take.

An article published in “Der Anaesthesist” in 2007 stated that by consuming ginger before surgery you risk having increased bleeding. If you are going for any kind of surgery, better avoid consuming ginger two weeks before that.
Talk to your doctor before taking ginger if you have any of these health or medical conditions, If you fall into one of these above categories but are not ready to give up ginger, there are some alternatives such as cayenne pepper, red paprika, and sweet peppers. These can all be added to dishes to mimic the warming heat that ginger has.